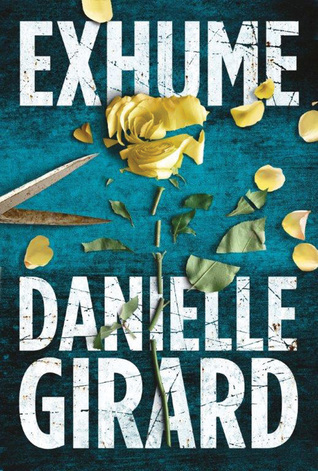 Dr. Annabelle Schwartzman has finally found a place to belong. As the medical examiner for the San Francisco Police Department, working alongside homicide detective Hal Harris, she uncovers the tales the dead can’t tell about their final moments. It is a job that gives her purpose—and a safe haven from her former life at the hands of an abusive husband. Although it’s been seven years since she escaped that ordeal, she still checks over her shoulder to make sure no one is behind her.

Schwartzman’s latest case is deeply troubling: the victim bears an eerie resemblance to herself. What’s more, a shocking piece of evidence suggests that the killer’s business is far from over—and that Schwartzman may be in danger. In this pulse-pounding thriller from award-winning writer Danielle Girard, a woman must face her worst nightmare to catch a killer.


ABOUT DANIELLE: It started on a winter night in 1977 near San Francisco. The rain had drizzled on and off for three days, and the constant patter on the windows had finally stopped. Lying in pink flannel sheets, Danielle pulled herself into a ball, curls falling across her face as she squeezed her eyes against the dark. Every noise reverberated in her brain and sent her pulse drumming. She tossed and turned with each creak, every whisper. When she heard the groan of the floor in her own room, she bolted upright. Heart pounding, she squinted into the dark. A scream stopped cold in her throat when she saw him.

He stood almost as tall as the door. A dark hood covered his face, allowing her to only make out the shadows of his deep-set eye sockets. Long sleeves draped past his hands, hiding what she was sure were his long, sharp claws. The metal bed dug into her spine as she clenched the covers in damp fists. He stepped forward. A tiny whimper escaped her lips where she had tried to scream. She buried her face in the covers and cried. The room grew silent. She forced herself to look back, her eyes slowly adjusting to the darkness. He melted into a robe hanging on the back of her closet door--his head the hood of her green terrycloth bathrobe, his eyes nothing more than shadows in the fabric’s folds, his arms the robe’s sleeves. 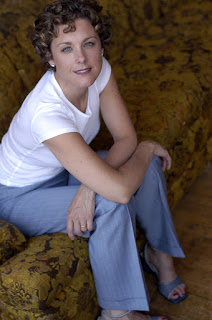 Wiping her eyes, she turned on the porcelain fairy lamp that sat on her bedside table. The room was cast in a pale amber glow. There was no man. Instead, the room was just as she'd seen it in daylight--the small desk under the window, stuffed animals and scattered toys left from that day's play.

Danielle went back to sleep, but for many nights afterwards, she saw that man return. Now, Danielle spends her days (and some nights, too) in an office where she stares at the blinking cursor, dreaming of that man and others far creepier.

She lives with her husband, who is careful never to lurk in dark corners of the bedroom, and their two children. They split their time between San Francisco and the northern Rockies.