The Stolen Child by Sanjida Kay 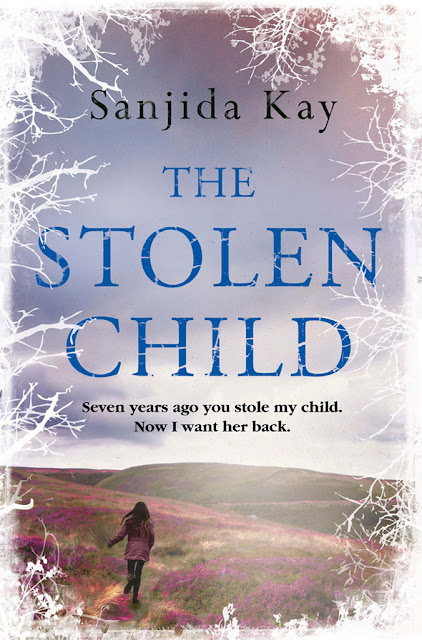 Seven years ago you stole my child, now I want her back...

Zoe and Ollie Morley tried for years to have a baby and couldn't. They turned to adoption and their dreams came true when they were approved to adopt a little girl from birth. They named her Evie. In the days that follow Evie’s birth the new parents watch anxiously as their precious daughter struggles – she is battling the severe effects of the drugs her birth mother was addicted to.

Seven years later, the family has moved to Yorkshire and grown in number: a wonderful surprise in the form of baby Ben, conceived naturally against the odds. Ollie is earning good money and Zoe is pursuing her career as an artist. As a working mum it's not easy, but Zoe has an exhibition coming up and her reputation is growing. Life is good.

But then Evie begins to receive letters and gifts. The sender claims to be her birth father. He has been looking for his daughter. And now he’s coming to take her back...

The Stolen Child captivated me, terrified me and left me deeply moved.
-Holly Seddon

Gut-wrenching... The Stolen Child succeeds as both a fast-paced thriller and a haunting tale of a fragile family.
-Peter Swanson

Beautiful terse writing and the build to the shattering climax is palpable.
-Peter James

This story grips to the very last page as it explores every parent's worst nightmare... I couldn't put it down.
-Amanda Jennings

In this chilling story of fragile family bonds and obsessive love the unforgiving West Yorkshire landscape becomes a character in its own right through Sanjida's vivid and atmospheric prose. Just wonderful.
-Nuala Elwood

Haunting and real... Sanjida Kay deftly explores dangerous, unthinkable questions as a mother fights an invisible force for the adopted child who is her own.
-Julia Heaberlin

An excellent piece of work [that] triumphs both as an edge-of-the-seat whodunnit and a psychologically perceptive study of the impact of grief, loss and alienation.
-Irish Sunday Independent 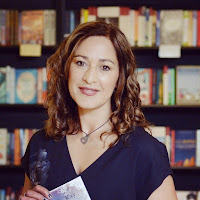 Sanjida Kay is the author of psychological thrillers, 'Bone by Bone' and ''The Stolen Child', published by Corvus Books. She lives in Bristol with her husband and her daughter.
Posted by Sojourner at 8:08 PM