The Trespasser by Tana French 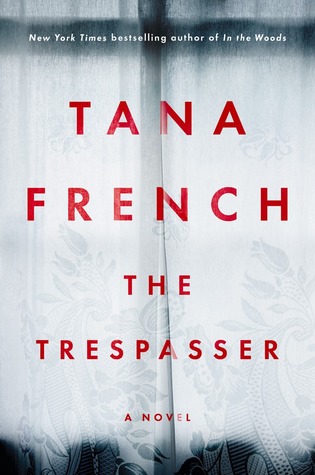 The Trespasser by Tana French, the sixth instalment in the Dublin Murder Squad series, is about a female detective with a strong personality. She is no ordinary detective. She is rough, tough and dangerous but there is a streak running in her that is soft and sentimental. Yet, our protagonist is unable to maintain a semblance of working relationship with other members of the squad. I’m sure most of them would scream in delight if she is forced out of it. And readers who are familiar to the Dublin Murder Squad series will remember her as the only female member of the squad, who first made her appearance in Tana French’s last novel, The Secret Place.

Detective Antoinette Conway and her partner Stephen Moran who are the newest members of the squad are assigned dull and routine domestic cases, not exactly something you look forward to in a squad such as Dublin Murder Squad. When they are assigned what appeared to be another case that looks a straight forward domestic fall-out in the murder of Aislinn Murray, Conway and Moran are not swayed by circumstantial evidences and decided to dig deeper. They uncovered secrets, with twists that will keep the reader turning the pages of the book. Conway also has to deal with the issues squad members have with her. Then there is the interesting thread involving her father which author Tana French pulled off superbly.

The Trespasser by Tana French is a finely crafted police procedural full of suspense and mystery. With a squad full of members who would make better enemies than friends, and who are only too willing to sabotage her cases Antoinette Conway, with the exception of her partner Stephen Moran, stands a lonely figure. Fans of the author will undoubtedly enjoy this absorbing and amazing story written in true Tana French signature style. You’ll encounter some incredible characters, likeable or not, stunning pieces of dialogue and equally fantastic scenes. The Trespasser is a murder mystery that will be enjoyed by all who love a tense and compelling read.
Posted by Sojourner at 10:03 PM